To make it even more complicated the Virtual Reality headsets cannot see any of the other base stations in the setup area or the tracking will be lost. We placed 2 x stations next to each other with a banner wall between them to create a physical barrier between the HTC VIVE Virtual Reality headsets. We then made sure that there is some physical dividers like “tents and flags” between the other side of the room and mirrored the setup on the other side as well. 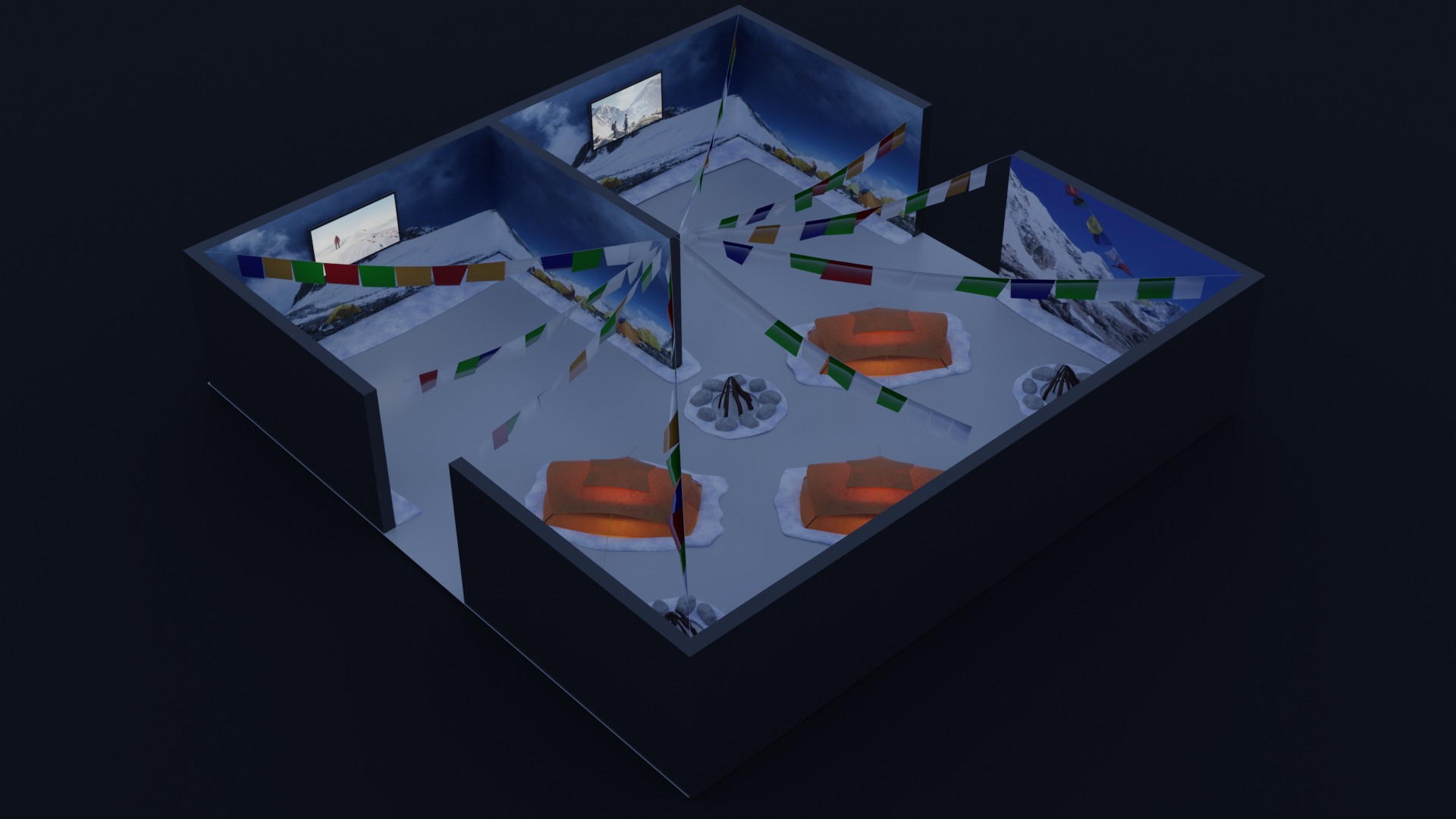 Above is an image of the render we did as part of planning the virtual reality event, and layout of the 21 HTC VIVE’s. We setup 5 Vives in a area of +/- 5 meters x 4 meters and then 5 HTC VIVE’s next to them and mirrored the installation on the other side with some distance between the opposite sides. 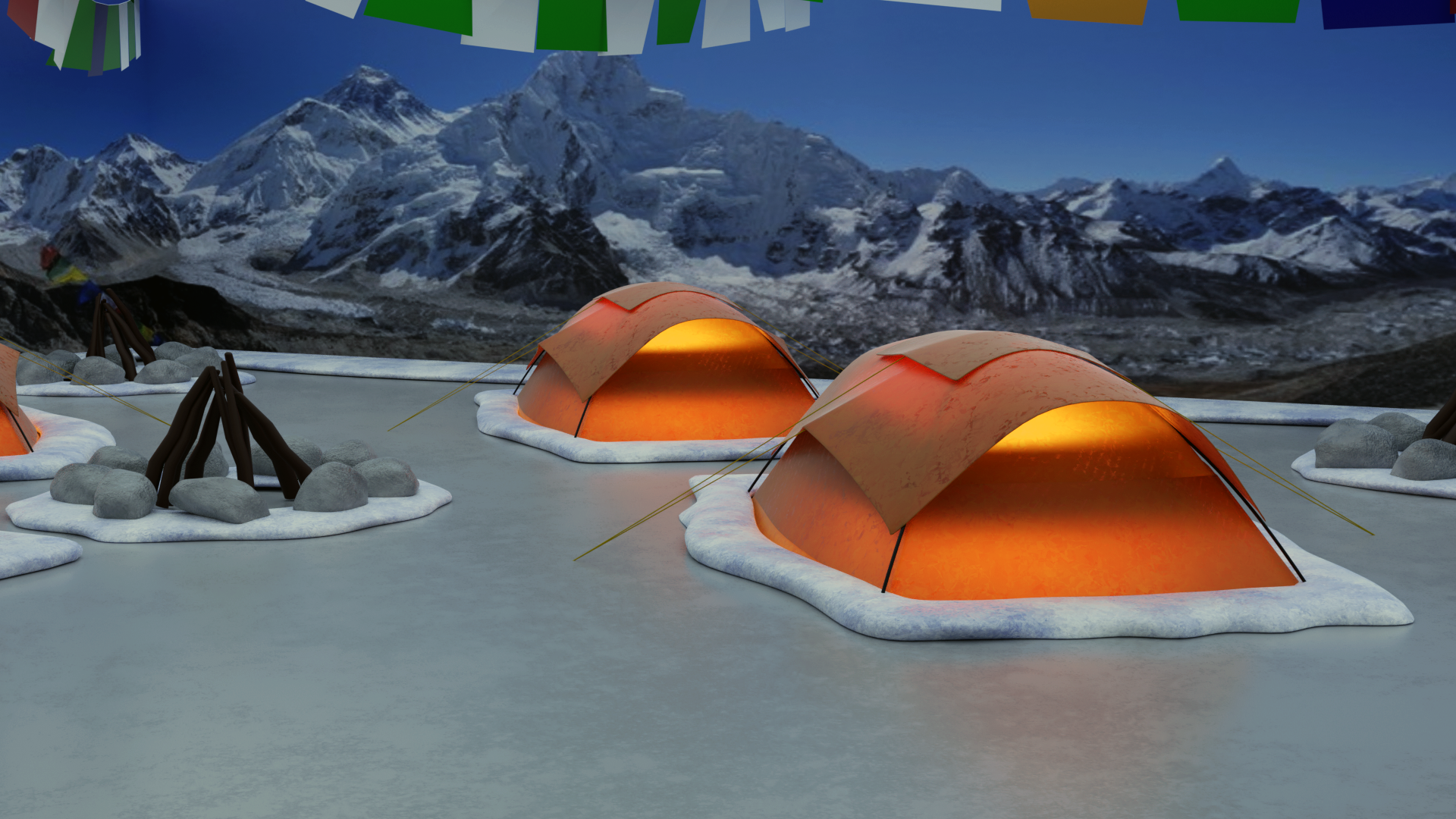 Above is an 3D Render of how we planned the Virtual Reality event would look like to give the client some idea of what to expect. 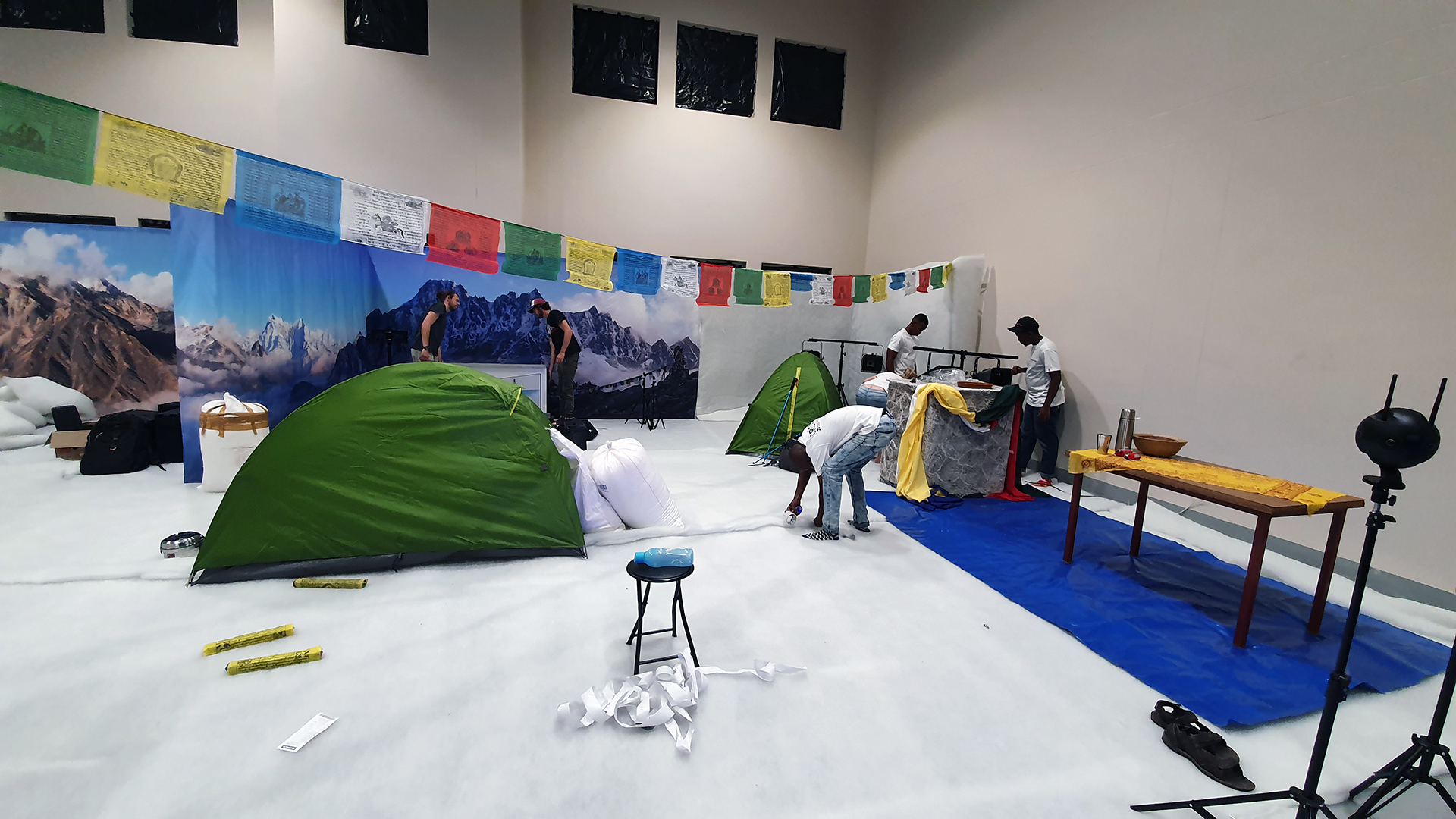 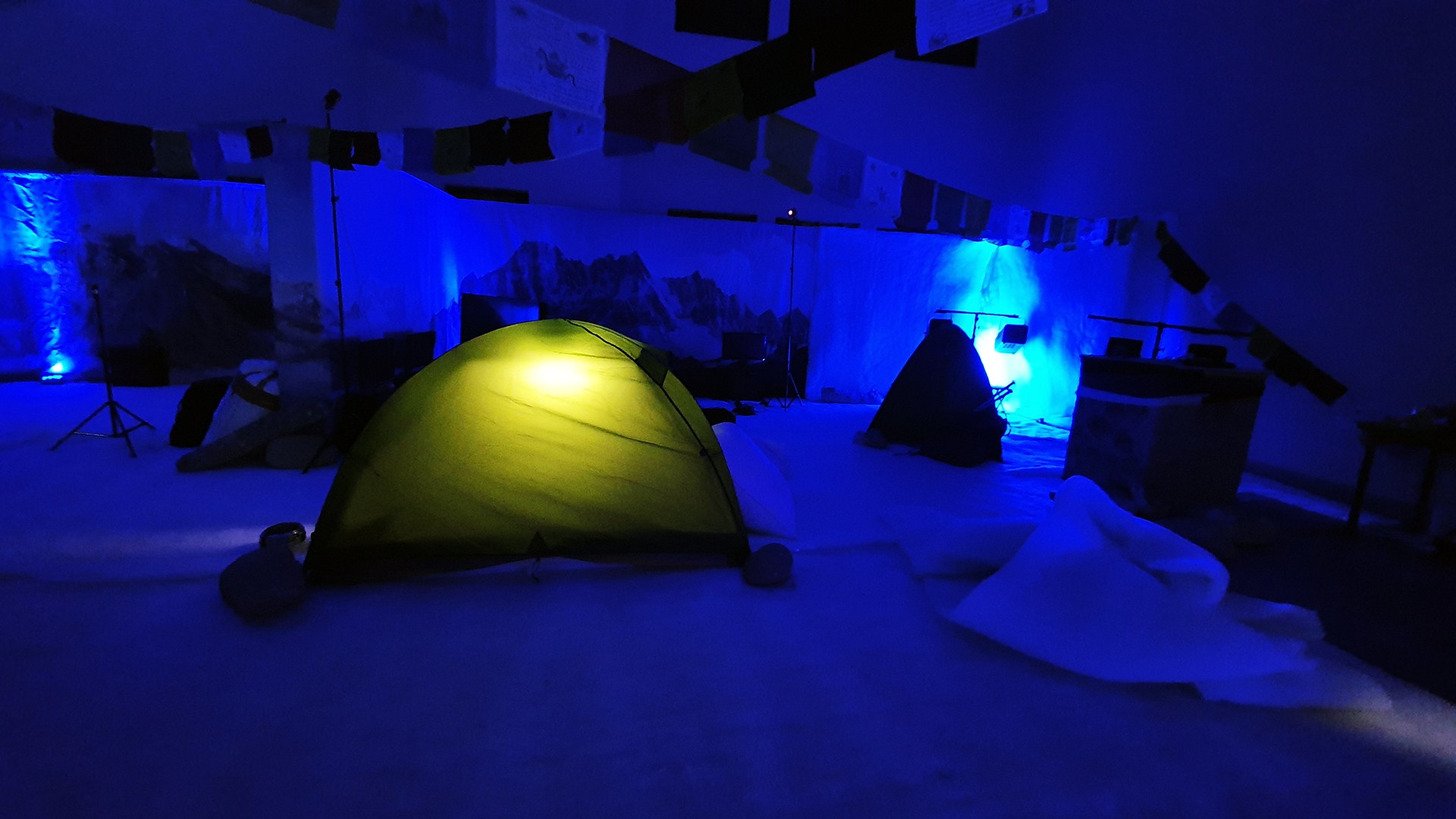 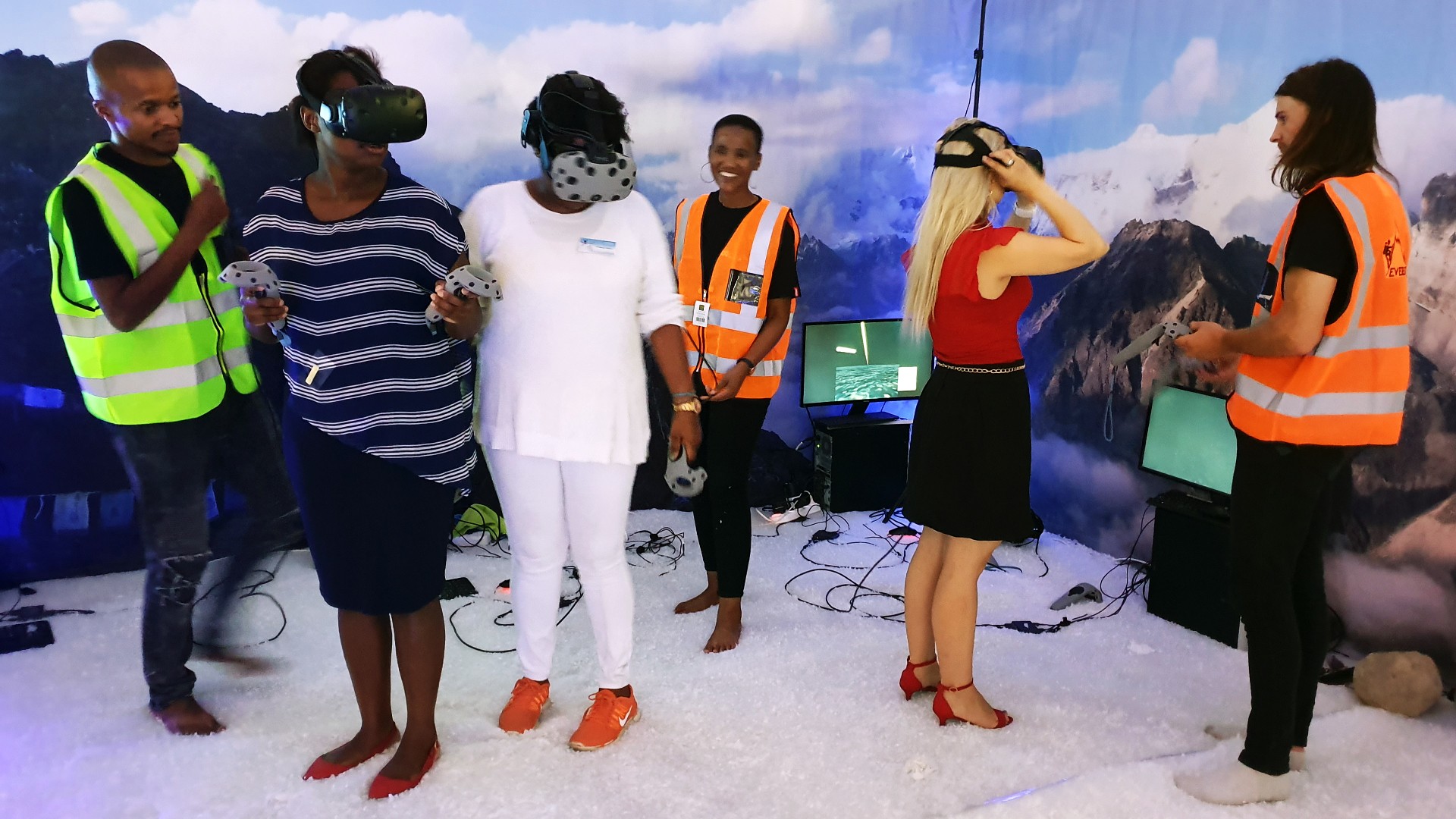 As part of the virtual reality experience we created a fake snow environment and a 360° panorama view of Mount Everest. 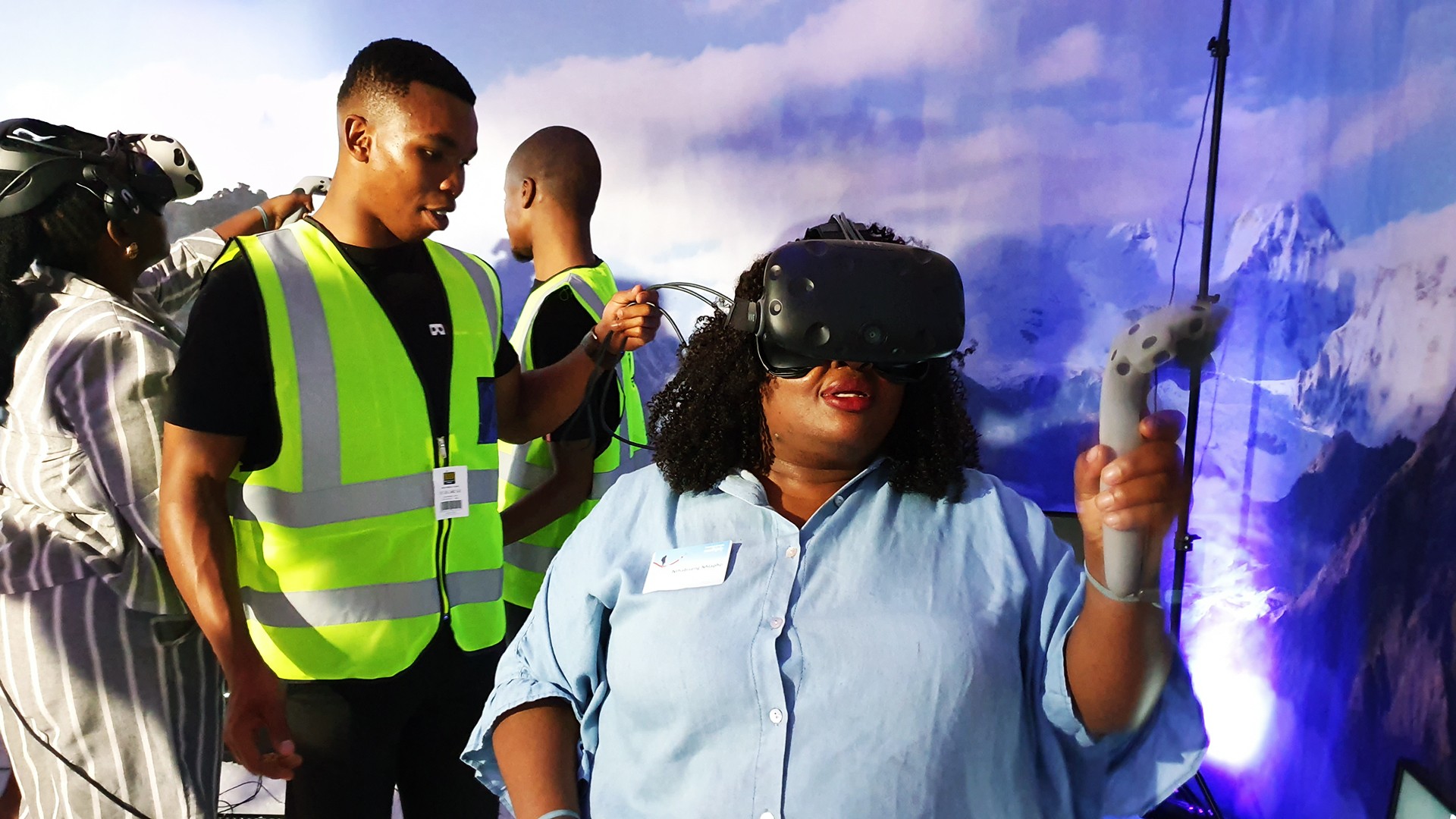 Our Virtual Reality team stood by to make sure that everyone has a awesome experience.